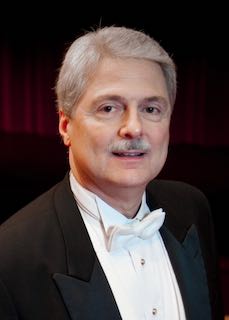 Mr. Wade has worked with and prepared choirs for Sir David Willcocks, Robert Shaw, John Rutter, and Robert Wagner. He holds a BME from Southwest Baptist University, an MM from Kansas State University, and has completed course work for a Ph.D. at the University of Missouri-Columbia. Before teaching at Texas A&M, he taught high school in Independence, Missouri, outside Kansas City, Missouri. He was also a very active member of the American Choral Directors association and Chorus America.